Coronavirus Update: We care about your health and continue to service our customers safely. Read More

A company you've grown to trust.

Has Your Boiler Failed You? 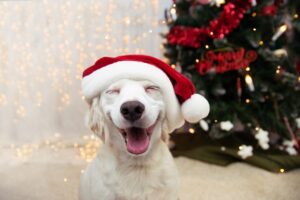 Boilers last a good deal longer than forced-air heating systems. The fact that they use radiant heat and water to transfer heat throughout your home means that they don’t constantly have to cycle fans and deal with indoor air quality contaminants flooding the system. However, this is not a promise but more of a good omen. Boilers can and will fail prematurely when they’re not maintained, when they run into issues, or when they’ve just reached the end of their functional lifespan.

It might seem like a great topic of conversation to be that homeowner who goes without boiler service in Syracuse, IN because you’ve got the oldest system in the neighborhood. Some people wear that tag with a badge of honor. However, your ancient boiler system might be running up your monthly heating bill and actually causing you to waste money every year.

Look, one important thing we’d like to get across to all of our readers is that boiler replacement isn’t just spurred on by a broken-down system. Many homeowners can actually replace their systems before it’s completely out of commission and their homes are cold. One of those ways is by investigating the efficiency of the system.

Boilers are designed to be some of the most efficient heating systems in the world. If yours is costing you way more than you were promised when it was first installed (or when you first moved into your house), then it’s likely struggling to keep your home warm. This is a problem, and we’re trying to tell you that it’s likely to get worse, not better.

Let’s Find Out If You Need to Replace Your System

Here are a few more tips to help you figure out if your boiler has failed you.